The addresses and ports are described here.

These tests are performed using UDP and TCP transport protocol.

Requirements for Teams are described here.

The tool reports on specific thresholds:

The results help to determine if a network connection meets the targets (further information here).

To scan Teams, you need:

Those actions require a second monitoring user in order to perform end to end scenario between 2 users (like sending an instant message for example).

As those actions are throttled by Microsoft we typically see performance or availability issues when too many robots are leveraging the same accounts. Therefore we recommend Gizmo clients to use the same Teams accounts for up to 5 Robot Managers maximum.

This limitation only applies to the new actions, therefore we have provided 2 different templates and dashboards in order for existing clients to transition.

Below is a typical scenario for an existing deployment with more than 5 Robot Managers. 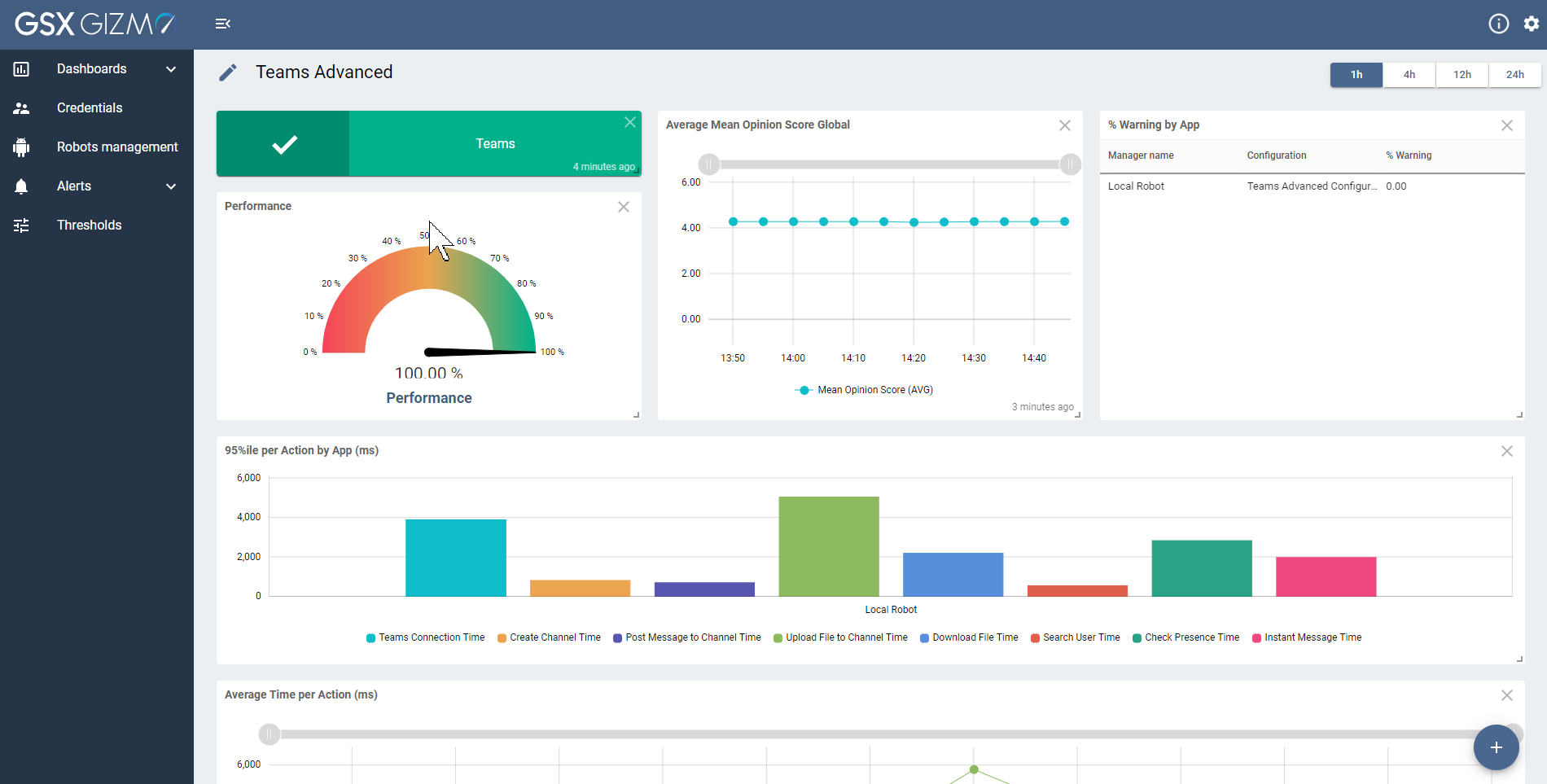 To scan Teams Advanced, you need:

To scan Teams Video, you need: